Single-threaded leadership is the most critical organizational design concept at Amazon. It has been instrumental in avoiding coupling and slow velocity while increasing the number of initiatives that Amazon can run in parallel.

Many companies find themselves struggling against their own bureaucratic drag, which appears in the form of layer upon layer of permission, ownership, and accountability, all working against fast, decisive forward progress.

In many companies, critical initiatives languish because of the lack of a clear mandate. No one is empowered to make it happen end to end. The single-threaded model is a change of mindset regarding ownership—all success and failures rest with the leader, and the bucket stops there.

A single-threaded leader is an individual wholly dedicated to solving one business problem, someone who wakes up in the morning and worries just about that one thing, ensuring the initiative’s vision and goals are always at the forefront and is ready to escalate risks early.

The single-threaded model at Amazon manifests in two variants – Single-Threaded Ownership (STO) and Single-Threaded Leadership (STL). In both models, the leader is responsible and accountable for delivering results for only one thing, but the organization structure differs.

In the single-threaded ownership model, the leader controls all resources required to deliver on the initiative. In this model, reporting structures align with project responsibilities, and each team member reports directly to the leader.

In the single-threaded leadership model, the leader recognizes that maintaining reporting lines within functional disciplines is helpful (e.g., engineers report to engineers, designers to designers), meaning team members benefit from functional leadership and natural career development. The single-threaded leader works across disciplines to drive prioritization and roadmaps and manages all of the associated cross-team communication but does not ultimately control the resources required for delivery.

The single-threaded ownership model is more effective for ongoing product work requiring end-to-end ownership of all dependencies, such as launching complex new programs like Amazon’s Fulfilment by Amazon. The single-threaded leadership drives essential work across the company, such as the famous API mandate by Jeff Bezos or addressing GDPR requirements that affected a large number of teams.

Finally, not all teams and initiatives need to be single-threaded. Some teams, by their nature, make more sense organized functionally, for example, legal, sales, or finance. As with any other organizational design concept understanding the benefits and trade-offs is essential to apply successfully.

Single-threaded teams are separable and autonomous

Separable means almost as separable organizationally as APIs are for software. Single-threaded means they don’t work on anything else.

Over the years, I have learned that the most critical element in determining team success is autonomy—the ability of a team to decide how to best fulfill its mission and deliver its roadmap independently. Single-threaded organizations structure in ways that allow teams to complete their tasks without blocking others, waiting for others, or aligning decisions with others. Teams significantly reduce the time and energy spent in coordination if they can accomplish their goals without communicating with the rest of the organization. Therefore, teams must have all required roles to fulfill their goal, including software engineering, quality assurance, customer experience design, and product management.

The most successful teams invested much of their early time in removing dependencies and building “instrumentation”—our term for infrastructure used to measure every important action—before they began to innovate, meaning, add new features.

In organizations where every decision is reviewed at multiple levels, there is little incentive to think deeply about a problem, and teams will rely on managers as safety gates, reducing the team ownership of the product. Furthermore, since the team is directly connected to the outcome of their decisions, it creates a powerful feedback loop, improving the team’s decision-making skills.

Single-threaded model tenets (unless you know better ones)

At Amazon, we used tenets to codify how we think about specific things, a set of principles that act as a north star for establishing and operating as single-threaded leaders.

We disproportionally index in hiring builders, and then we organize them in small separable and autonomous teams as we possibly can and let them own their own destiny

Before establishing a single-threaded leader, ask some questions:

Being free from distractions and competing priorities helps leaders focus on owning end-to-end separate “start-ups” within the organization, allowing companies to drive multiple initiatives forward in parallel without complex bureaucracy. The single-threaded model helps leaders devote time to making decisions about their goals rather than chasing approval from higher-ups.

Organizing in separable single-threaded teams allows companies to decide the best way to own and untangle their dependencies and reduce the need for coordination with the rest of the organization. It might create duplication, but builders are willing to exchange that for moving fast.

Organize builders into teams that are as separable and autonomous as possible: It’s hard for teams to be deep in what customers care about in multiple areas. It’s also hard to spend enough time on the new initiatives when there’s resource contention with the more mature businesses; the surer bets usually win out. Single-threaded teams will know their customers’ needs better, spend all their waking work hours inventing for them, and develop context and tempo to keep iterating quickly.

The single-threade model is a mechanism to deliver initiatives at scale. Start-ups and small business might not have enough senior leadership resourcers to fully dedicate them in this manner. Despite this, any size company can learn from establishing clear end-to-end ownership and focus on decision-making speed.

In future posts, I will dive deeper into how to implement single-threaded teams and the necessary mechanisms to do it successfully. In the meantime, feel free to reach out via LinkedIn or Twitter 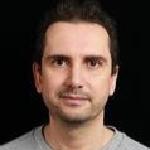 In business, speed disproportionately matters. Over the last decades, we have learned that the most critical metric in innovation is time-to-value; … Read Article